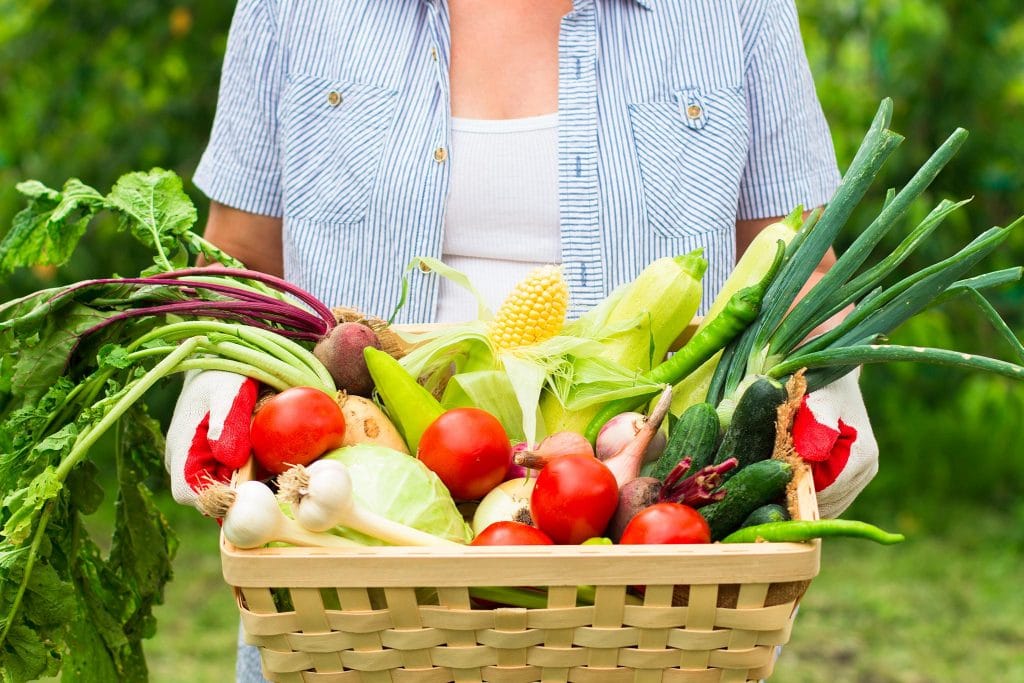 Once upon a time, we were a genuine, working, organic farm. For seven years my (at-the-time) husband and I lived a green life in every sense of the word. We owned a backhoe and a tractor, and maintained 13 acres of farm land in Potomac, Maryland. We worked hard to keep the earth fertile and well aerated. I raised 33 chickens and one lucky rooster, had a couple of old dogs who got in the chicken coop a few times, and some visiting horses. I would take the brown organic eggs out of the coop, pack them up, and deliver them to a local bank where our customers would pick them up.

We grew and sold vegetables such as organic tomatoes which I turned into ketchup, tomato sauce, and then canned the leftover tomatoes for the winter. One summer, I went to a conference and left my husband back at the farm to pick and take care of all of the tomatoes on his own. He wasn’t too thrilled with me that hot August. We grew organic squash, peas, artichokes, tubers (these were easy since the animals couldn’t eat them), basil and other spices. I learned that arugula grows beautifully around water, so we planted it near a pond. And this was before arugula was popular! I also learned to grow the plants that would keep the bugs, deer and rabbits away from the vegetables. Flowers like Chrysanthemums were better alternatives to harmful pesticides. We grew all of our food, and sustained ourselves on the farm. What we couldn’t eat or sell, we gave away.

I kept in contact with government agencies so that I would stay on top of the newest cutting edge research on organic farming to ensure that our farm was ecologically friendly. It was a real alternative lifestyle, and I thought that it was good for me, the world, my spiritual being, and my nutritional health. But I was still a New York City girl, commuting back to the city to finish my Ph.D. degree. I just couldn’t live in the country full-time and give up my seat at the ballet. I was leading a double life, a paradoxical combination of a traditional uptight psychoanalyst and Eva Gabor from Green Acres. I wore my designer clothes into the city for work, and then came home to a farm house in the country. My ex-husband was a CEO at a major company, and when he donned his overalls and got in the dirt, he was in heaven. The problem was that farming is incredibly hard work.

So I brought culture into the country, adding truly fine art to the house little by little. I decorated that farm house with such glamorous retro modern furnishings that people discovered that our home served as a wonderful weekend retreat. I had handmade furniture and special showpieces like the Arne Jacobson swan chair that is so popular today. I loved designers such as renowned furniture artist George Nakashima and my dining room table reflected his work. We renovated the kitchen to be the largest room in the house, which was unusual at the time. It was filled with couches for gathering and congregating, much like the Great Rooms of today. Our weekends were filled with guests and entertaining, which was a good thing since we didn’t have a TV. They stayed in the guest houses, and we cooked, laughed, and enjoyed a (supposedly) simple life. Then the house burned to the ground.

It was over the Christmas holiday, and we were in the city. Our farm house burned for three days because there was no one around to even see the flames or smoke. The official fire report says that the fire started with a TV, but we didn’t own one. I believe it was from some smoldering embers in the fireplace, but we’ll never really know. It was the end of an era.

All I have left from that life are a few kitchen utensils and some objects deemed unnecessary that were spared from the flames because they were stored in the garage – but they were only the kind of unimportant things that you shove into a dark corner and forget about. In other words, I had nothing. Everything was gone. Everything. I vowed to never acquire so much stuff again. But of course, years (and several homes) later, I have acquired as much stuff as I once lost. Perhaps even more?

I spent a year traveling the world and lived in many varied countries and exotic lands. Some of that time was spent in countries who survived the aftermath of World War II, where people still held memories of rationing. I learned much about ecological living during this period of my life, lessons and values that I still hold onto today. Even in the most luxurious homes, one used the same cloth fabric napkins for several meals. People turned off water when not in use, and went to the market using a sturdy cloth carrying bag. In countries ranging from Samoa to Fuji, New Zealand to India, waste is minimal. In the less affluent countries such as Nepal, waste was nonexistent. Everything was used for survival. A tossed away soda can becomes a shingle for a roof. There was no garbage. If someone’s food was left over, it was sure to be picked up on the street and fed to someone in need.

My most difficult adjustment upon arriving back in the US was the conspicuous consumption and the amount of trash we generate. During my travels, I had forgotten what it was like. However, old habits die hard. I started buying, collecting and sometimes “tossing” as I had before, but some of what I had seen stuck. I have managed to learn to trash with a bit more thought. I continue to try to consume less and minimize more. I have no doubt that in order for our planet to survive, we have to change our ways.

Lessons Learned From My Life On The Farm

Manual labor can bring serenity and is good for the soul. It can also be back breaking and a pain in the butt.

Enjoy the good times. They balance the hard times.

If we take the time to view it, beauty is all around.

Life always has hard times. It’s how you go through them, and what you learn from them, that defines character.

Character is not the same as personality. It’s sort of like what some Supreme Court justice said about pornography. I can’t define it, but I know it when I see it. Character is the same thing. We know it when we see it.

The fire taught me what Ram Dass says about Spirituality. To paraphrase, Ya’ ain’t got it if you can’t keep it on 42ndstreet. Meaning to live life fully.

Fresh picked organic food really is different (and better) than freeze dried or packed food that you find in the grocery store.

Courage cannot exist without fear. The greater the fear, the more courage it takes to act in new ways.